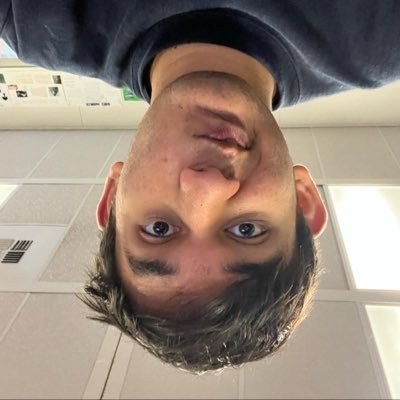 Political Empathy and the Importance of Frameworks

2020-11-06 · 4 min readAn in depth analysis on unstructured debates, and techniques to make sure you can get the most out of them.

With Thanksgiving coming around, and many people prepping for the inevitable family political debate, I started to think of how debates have digressed in the world. Taking a look at the political climate in fall 2020, you see that many political debates have degenerated to the point where no one gains anything truly useful out of the conversation. Because of that, I decided to analyze why people debate, and how we can improve them to become more useful.

The main and most obvious reason for people to debate, of course, is to convince the other side of your position, which we see in most political debates. The second reason for debate is to explore new ideas and gather new perspectives on the world. The best way to imagine this is in a world without any clashing of views, or debate. No one would come into contact with new viewpoints, and we would all believe our perception of reality to be true which would mean that there couldn't be consensus or law, because no one agrees on anything.

In a sense, debate brings people together, combines views into one which we can all agree on, and makes it so that we can act upon those views. The reason why debate is so important is that it brings to light that you may never be fully true, and forces you to accept flaws in your thinking.

This brings me to the first key deviation in the status quo from my definition, the lack of political empathy. Whenever I see people debating nowadays, they always focus on the aspect of convincing one another but never stand to think that they may also be wrong. This is where political empathy comes into play. We must be able to put ourselves in the opposing view's shoes, and go through the steps that they went through to come to that conclusion, and then find the specific point of deviation from both sides beliefs. Most importantly, you should then approach that deviation with an open mind, ready to be changed with a convincing argument.

This entails less offensive debate, more listening, and coming to an understanding with another side. When you usually listen to people, they usually always want what you do, the best for the people, and people just have different ways of achieving that. Take the topic of lowering taxes for example. Some people argue that we must increase taxes to help others, and more people, and therefore it is the most obvious solution.

But usually when you go through the logic of another side that wants to decrease taxes, you realize they aren't saying that we should hurt people, or never help them. They also want to help them, but by providing them jobs through stimulating the free market. Once you come to that realization, you can focus on the key point of contention, whether or not the free market works better or welfare works better with an open mind ready to be changed, and not senselessly argue on another part of the topic completely.

This leads into the second point, where I believe that people should establish a framework for what you value, before a debate. This is because if one person advocates that they save millions of lives, versus someone else saying they help the economy, which one is necessarily better? The idea of a framework is that it lets you know what to value first and foremost and have everything link to that.

For example, if before a discussion, people said that I value freedom and liberty, while another said, I want to improve the quality of life the most for existing people, you would realize the difference, and argue whether freedom or quality of life is more important. This way we can prevent senseless debates where in that same example, one would say a law restricts our freedom, and the other says it improves lives, where since both of these are true, we need a framework to weigh them.

This is so important because every person has a different moral compass, and while some people believe killing to be wholly bad, some might justify killing 1 to save 5. In practice, the moral ambiguities of life can be fixed by defining a specific moral framework for when people debate.

Overall, the current way we debate has become so politicized that we forget that we may be wrong, as well as become senseless without specific moral guidelines. Being honest, some of these ideas have been wandering in my head for a long time, and I just felt the need to get it on paper to solidify them. Hopefully, we could see more civilized debate, and I believe that when we implement these in real life, we can make the world a better, and more civil place.

Thanks for reading! Liked the story? Click the heart
Created with ☕ by @neelr